On this occasion ISPO Brandnew Award Magzine presents polychromelab in a story of success. The magazine was especially convinced by polychromelabs’s effort to engineer innovative products. In collaboration with Schoeffel a reversible winteroverall for Skiteam Austria was designed, that will help ski racers at warmup, training and racecourse inspections.

Complete magazine is available as an iPad download here for free. 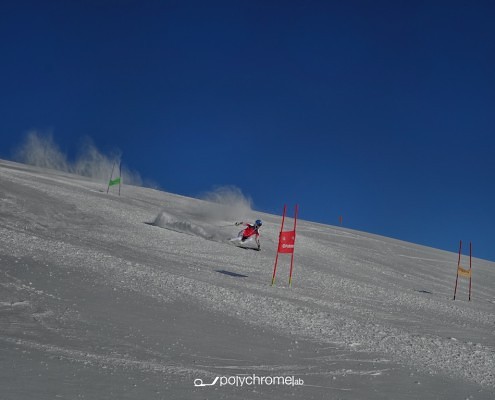 Out now: Many customers have asked for it, fans demanded this and we wished for it – polychromelab engineers a whole-body clothing concept. By now there were “only” jackets available, that helped to regulate and stabalise bodytemperature outdoors to enjoy maximum wearing comfort at sports. Now there’s world’s first reversible winteroverall by polychromelab, that helps you regulate and stabalise body temperature outdoors.

An other great feature of this concept is, that this new winteroverall by polychromelab not only is suitable for extreme coldness, but also could be worn in spring, when sun radiation is higher and one easier starts to sweat wearing warm wintergear.

By all this functionality we haven’t forgot about design: two sides, two colours, two overalls – all in one winteroverall. Here’s the german press release to polychromelab’s new winteroverall on Outkomm:

If you want to have more information on new polychrome winteroveralls for men and women, you can have a look on it in our webshop: 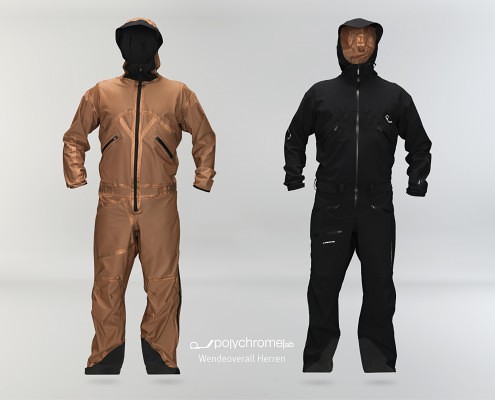 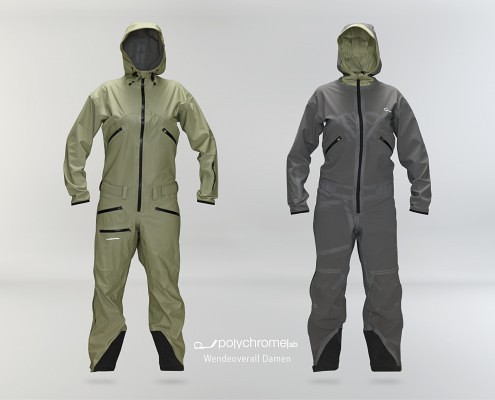 About our Spot Magazine Jacket – What is Special?

You can have a look on our designer jacket on Spot Magazine Online: Spot-Magazine-Jacket-polychromelab-Repository

This is why we were chosen: Many manufacturers engineer their jackets in an office on computers and start testing the first time, when products are allready in series production. We try to test our prototypes in various stress tests to eliminate shortcomings early. Furthermore we manufacture in Northern Italy to make transport and communication distances as short as possible. An additional sustainable aspect is an ecofriendly PFC-free finishing by HeiQ Barrier Eco to make our sports jackets waterproof.

Putting emphasis on functionality modern design means a lot to us: The Roccia Rossa designer jacket is an uncompromising fusion of style and functionality. More about this topic in our jackets onlineshop. Thomas Rottenberg writes for various blogs and amongst others for the Austrian newspaper Der Standard. The passionate outdoor sports journalist presents every week some outdoor gadgets, which are essential for sports, fun and all other outdoor activities. On February 1st 2015 he gave his feedback about Alta Quota outdoor jacket by polychromelab.

“I admit: I don’t want to return this jacket.”

This is how Thomas Rottenberg introduces his article about recommended outdoor jackets. In this review he talks about, what jackets manufacturers promise and what outdoor jackets are capable of in the end. However, for a jackets manufacturer it is difficult to inform customers about the capabilities of their jackets the right way. So it is really helpful when an experienced journalist spontaneously does this job: in his feedback Thomas Rottenberg gives a statement about recommended outdoor jackets and compares our product information with his experiences with wearing the Alta Quota outdoor jacket on a skitour in Davos.

Here you can read the full review in Der Standard: Thomas-Rottenberg-outdoor-with-Alta-Quota-polychromelab

And if you want to know more about his skitour, here you will be convinced to buy a hightech outdoor jacket: Gute-Energie-Jacket-that-warms-cools-impresses 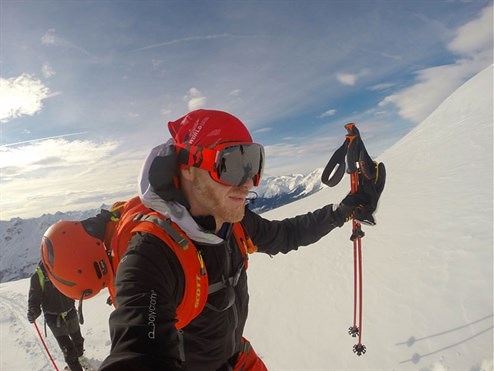 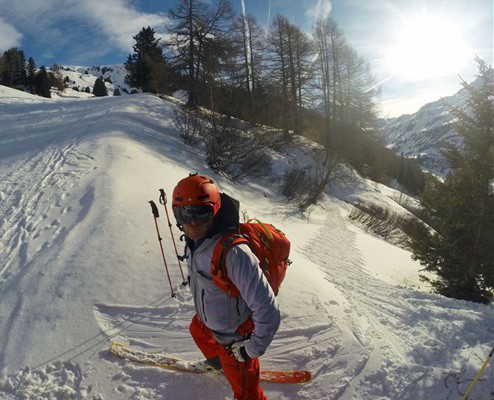 For 15 years now Michele Stinco is collecting professional experience as designer and extreme athlete at testing outdoor gear. In 2010 he started the project polychrome hybrid jacket, which was able to win various awards in the branch, like the ISPO Brandnew Award for innovation and setting new trends in apparel sector. In 2015 Michele Stinco was nominated for jury member of ISPO Brandnew Award 2015: more about it on the official site of ISPO Munich.

From Trend Jacket Alta Quota to experienced CEO of a Startup

In 2010 project polychrome hybrid jacket started with a first concept. It took long time to create out of a prototype an ultimate trend jacket, which cools on side and warms on the other. Here you can read more about what the american trend blog Cool Hunting is writing on polychromelab Alta Quota jacket.

Getting some financial support and winning awards startup polychromelab ltd. was founded in 2012. By now trend jacket Alta Quota isn’t the only product available no more: you can buy different reversible jackets for men and women, accessories like shoulder bags or cell phone cases or a reversible ski overall in the polychromelab Webshop online.

Stay tuned, next week we’ll post or resumee of ISPO Brandnew Award 2015 in this blog. Meanwhile you can join the discussion at #ispobrandnew on Twitter. Or follow Michele Stinco on Google+.